Table No. 8: Thorsten “The Hitman” Hohmann 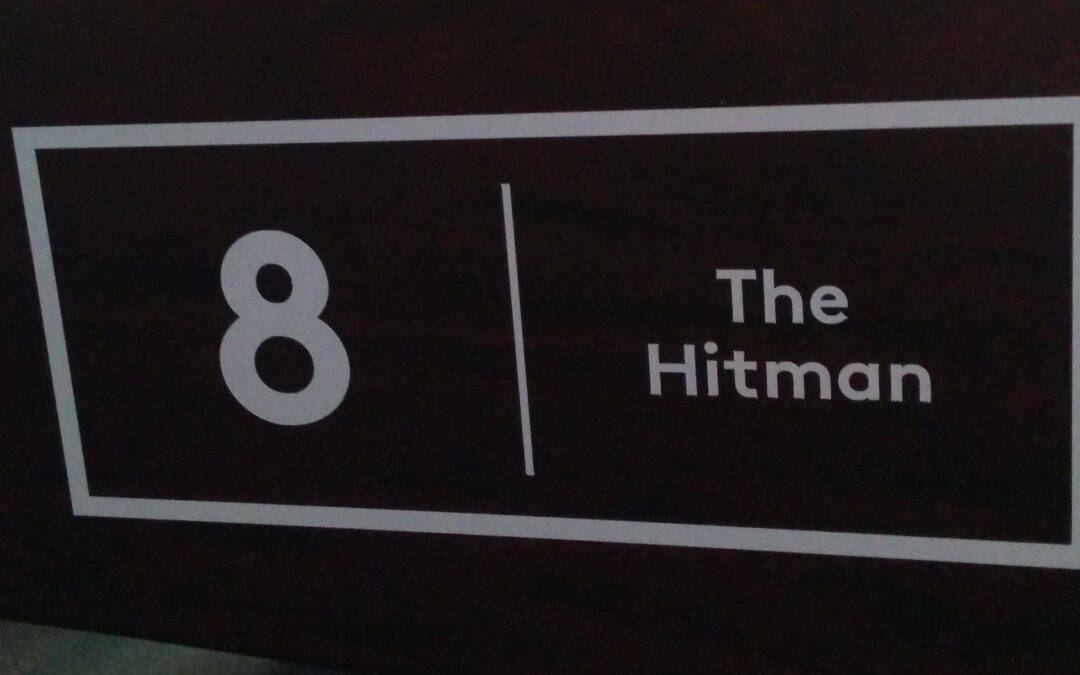 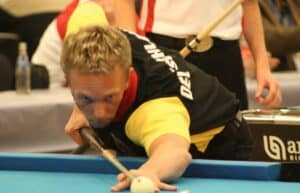 Thorsten Hohmann at the European Pool Championship 2008 in Willingen (Photo: Sebastian Voigt under CC BY 3.0)

Thorsten Hohmann (born 14 July 1979 in Fulda, West Germany) is a German professional pool player, nicknamed “the Hitman.” He has been described as having a steely demeanor, and being a very precise player.

Thorsten was born and raised in Fulda, Germany and at a very young age had always been interested in sports playing soccer, table tennis, and badminton. At the age of nine Thorsten’s father took him to a local pool hall. On his 10th birthday Thorsten received a miniature pool table. By age twelve Thorsten and a friend began playing pool at a local pool hall. To try and save money Thorsten began paying a monthly fee to play at a local pool hall called Pool-Billiard Club Fulda. By age 16 he had won his first open adult tournament with 128 players in the State of Hessia.

Hohmann first made a name for himself in 2003 by winning the WPA World Nine-ball Championship at the expense of Alex Pagulayan, 17–10, becoming the third German to become World Champion after Oliver Ortmann (1995) and Ralf Souquet (1996). Months later, reached the finals of the World Pool League but lost to Rodney Morris, 8–3.

In 2004, Hohmann signed on to be managed by US- and South Korea-based event promotions company Dragon Promotions, who transplanted the German-resident champion to Jacksonville, Florida, as a base of practice and preparation for US competitions. Hohmann then signed with Florida-based sponsors Lucasi Cues and Universal Smartshaft as their official representative and spokesperson. He remains a German citizen, but a US permanent resident. Thorsten has since been featured on the cover of many pool magazines.

In 2004, Hohmann reached the finals of the US Open Nine-ball Championship. However, he lost to Gabe Owen, 3–11.

The year 2005 was his most successful to date as he dominated a number of tournaments, including the BCA Open Nine-ball Championship, the Sudden Death Seven-ball event and the World Pool League.

In 2006, he won the inaugural World Straight Pool Championship by defeating Thomas Engert 200–80. Later, he defeated Marlon Manalo 8-7 to win the IPT North American Open Eight-ball Championship with a first prize of US$350K. The IPT prize set a record as the largest first prize ever won in a pool tournament at that time. However, Efren Reyes beat the record shortly afterwards winning $500,000 in the 2006 IPT World Open Eight-ball Championship, the second major IPT event. But because IPT had financial difficulties, 200 players including Reyes were not able to collect their money thus Hohmann is still on record as the biggest purse winner in billiards history to actually get paid, as of early 2007.

Hohmann won the 2005 USA Sportsman of the Year for Pocket Billiards as well as the 2005 Best Dressed Player. Pool & Billiard magazine made Thorsten the cover feature for 2007 and honored him as the 2006 Player of the Year.

This article uses material from the Wikipedia article “Thorsten Hohmann”, which is released under the Creative Commons Attribution-Share-Alike License 3.0.