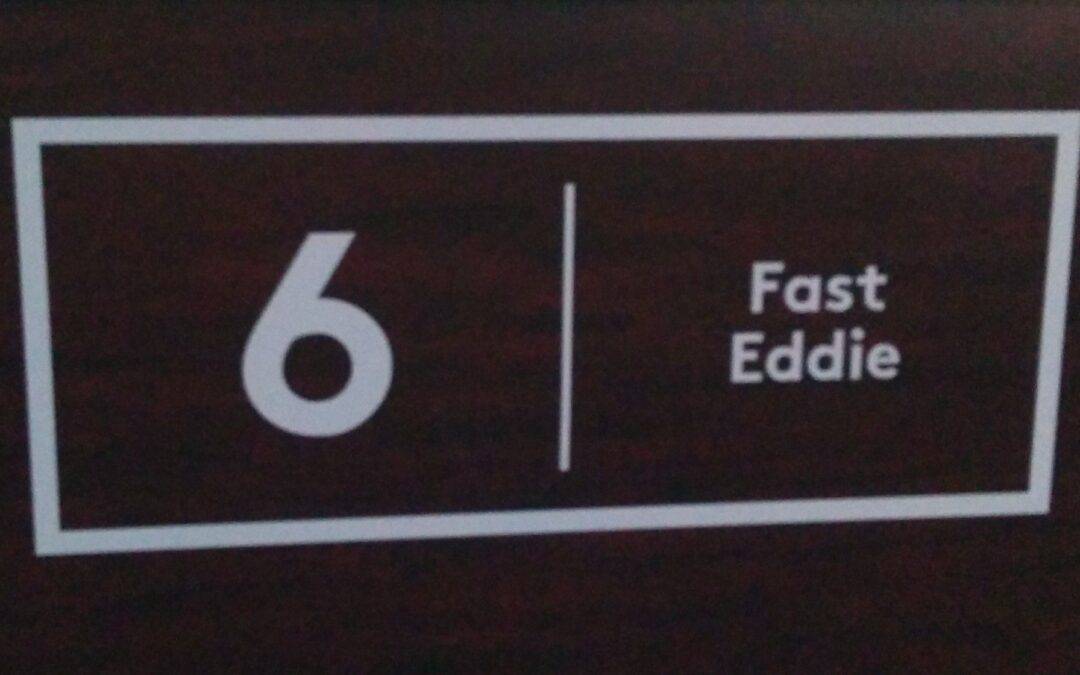 The Hustler is a 1961 American drama film directed by Robert Rossen from the Walter Tevis’s 1959 novel of the same name Rossen and Sidney Carroll adapted for the screen. It tells the story of small-time pool hustler “Fast Eddie” Felson and his desire to break into the “major league” of professional hustling and high stakes wagering by high-rollers that follows it. He throws his raw talent and ambition up against the best player in the country; seeking to best the legendary pool player “Minnesota Fats.” After initially losing to Fats and getting involved with unscrupulous manager Bert Gordon, Eddie returns to beat Fats, but only after paying a terrible personal price.

The film was shot on location in New York City. It stars Paul Newman as “Fast” Eddie Felson, Jackie Gleason as Minnesota Fats, Piper Laurie as Sarah, and George C. Scott as Bert.

The Hustler was a major critical and popular success, gaining a reputation as a modern classic. Its exploration of winning, losing, and character garnered a number of major awards; it is also credited with helping to spark a resurgence in the popularity of pool. Real-life pool player Rudolf Wanderone, known at the time as “New York Fats” and “Chicago Fats”, claimed to be the real life inspiration for Gleason’s character, Minnesota Fats, and adopted the name as his own.

Small-time pool hustler “Fast Eddie” Felson from Oakland, California travels cross-country with his partner Charlie to challenge the legendary player “Minnesota Fats.” Arriving at Ames, Fats’s home pool hall, Eddie declares he will win $10,000 that night. Fats arrives and he and Eddie agree to play for $200 a game. After initially falling behind, Eddie surges back to being $1,000 ahead and suggests raising the bet to $1,000 a game; Fats agrees. He sends out a runner, Preacher, to Johnny’s Bar, ostensibly for a bottle of whiskey, but really to get professional gambler Bert Gordon to the hall. Eddie gets ahead $11,000 and Charlie tries to convince him to quit, but Eddie insists the game will end only when Fats says it is over. Fats agrees to continue after Bert labels Eddie a “loser.” After 25 hours and an entire bottle of bourbon, Eddie is ahead over $18,000, but loses it all along with all but $200 of his original stake, collapsing drunk and exhausted to the floor.

At their hotel later, Eddie leaves half of the remaining stake with a sleeping Charlie and leaves. Eddie stashes his belongings at the local bus terminal, where he meets Sarah Packard, an alcoholic “college girl” who walks with a limp. He meets her again at a bar. They go back to her place but she refuses to let him in, saying he is “too hungry.” Eddie moves into a rooming house and starts hustling for small stakes. He finds Sarah again and this time she takes him in, but with reservations. Charlie finds Eddie at Sarah’s and tries to persuade him to go back out on the road. Eddie refuses and Charlie figures out he plans to challenge Fats again. Eddie realizes that Charlie held out his percentage and becomes enraged, believing that with that money he could have rebounded to beat Fats. Eddie dismisses Charlie as a scared old man and tells him to “go lie down and die” by himself.

At Johnny’s Bar, Eddie finds a poker game where Bert is sitting and Eddie loses $20. After the game, Bert tells Eddie that he has talent as a pool player but no character. He figures that Eddie will need at least $3,000 to challenge Fats again. Bert calls him a “born loser” but nevertheless offers to stake him in return for 75% of his winnings but Eddie refuses.

Eddie hustles a local pool shark, whose friend breaks Eddie’s thumbs. Sarah cares for him and tells him she loves him, but he cannot say the words in return. When his thumbs heal, Eddie agrees to Bert’s terms, deciding that a “twenty-five percent slice of something big is better than a hundred percent slice of nothing.”

Bert, Eddie and Sarah travel to Louisville for the Kentucky Derby, where Bert arranges a match for Eddie against a wealthy local socialite named Findley. Bert tells Sarah she will lose Eddie to Bert’s offers of money and glory. Sarah quickly becomes drunk at Findley’s estate; Bert whispers something to her, causing her to break down in hysterical tears, interrupting the festivities; she is brought upstairs and collapses in a bedroom. The game turns out to be carom billiards, not pool. Eddie loses badly and Bert refuses to keep staking him. Sarah pleads with Eddie to leave with her, saying that the world he is living in and its inhabitants are “perverted, twisted and crippled”; he refuses. Seeing Eddie’s anger, Bert agrees to let the match continue at $1,000 a game. Eddie comes back to win $12,000. He collects his $3,000 share and decides to walk back to the hotel. Bert arrives first and tells Sarah Eddie isn’t coming back. Sarah enters Bert’s room for an offscreen humiliating sexual encounter. After, she scrawls “PERVERTED”, “TWISTED”, and “CRIPPLED” in lipstick on the bathroom mirror. Eddie arrives back at the hotel to learn that she has killed herself in Bert’s bathroom. Bert is drunk and humiliated.

Eddie returns to challenge Fats again, putting up his entire $3,000 stake on a single game. He wins game after game, beating Fats so badly that Fats is forced to quit. Bert demands a share of Eddie’s winnings and threatens Eddie over the issue, but Eddie, invoking the memory of Sarah, says that Bert would have to kill him first. Bert backs down but warns Eddie never to walk into a big-time pool hall again.

This article uses material from the Wikipedia article “The Hustler”, which is released under the Creative Commons Attribution-Share-Alike License 3.0.