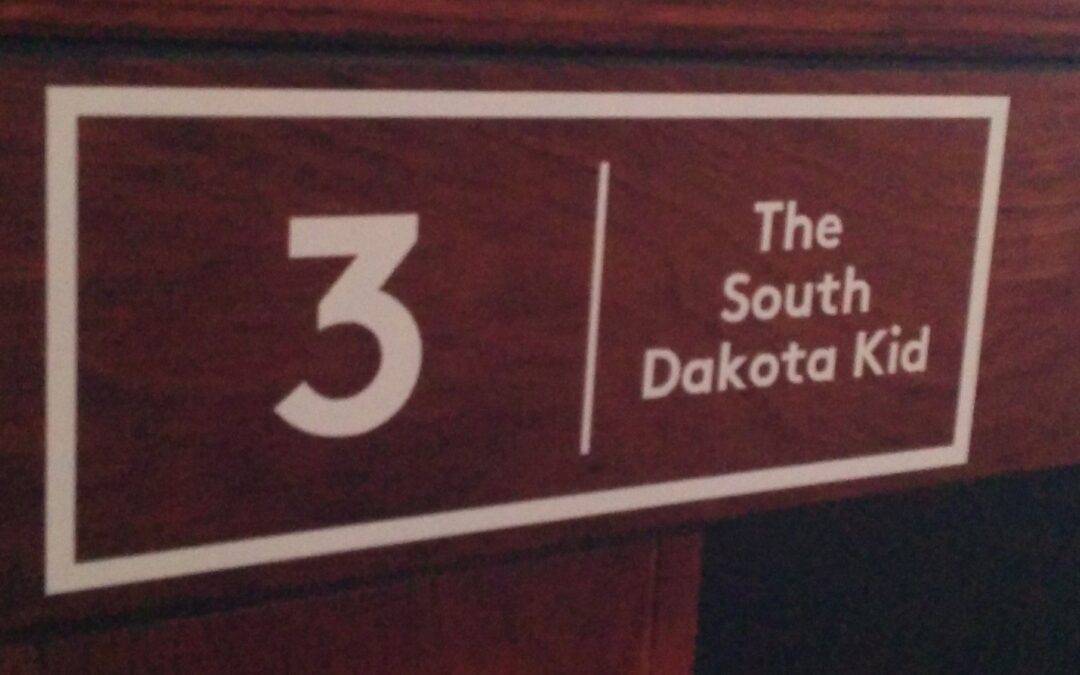 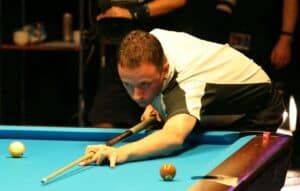 Shane van Boening at the Mosconi Cup 2008 (Photo: Christian Werner under CC BY 3.0)

Van Boening is hearing-impaired and uses a hearing aid, but it has not limited his pool ability. He has received praise for his attitude towards the sport, partially for his behaviour during matches, and for eschewing alcohol.

Van Boening defeated Hungarian Vilmos Foldes at the International Pool Tour qualifier in 2006, and was one of several players to earn a bonus of US$5,000 for breaking and running six consecutive racks in tournament play. Shane was one of only 10 players to earn their IPT tour card by finishing in the top two spots of one of five qualifiers. Shane won the second stop held at the Pool Room in Atlanta, Georgia. He has been ranked number one in the world by AZBilliards.com. When he is not competing professionally, he can be found practicing in downtown Sioux Falls at Lucky Billiards, where he is the house pro and co-owner.

Van Boening is a three-time VNEA national amateur eight-ball champion. In 2007, he made it to the final of the BCA Open Nine-ball Championship but lost to Dennis Orcollo. Days later, he dominated the inaugural World Ten-ball Championship to become the first-ever world champion in that discipline of pool.

Shane has been declared by some as the next-in-line and heir-apparent to the throne of being the best Pool player in the US by Inside POOL Magazine.

Van Boening captured the hot seat in the World Summit of Pool on June 16, 2007, giving 2004 WPA Men’s World Nine-ball Champion Alex “the Lion” Pagulayan an 11–4 defeat. The last day, all matches were shortened races to 7 because they were being recorded by ESPN. Alex Pagulayan plowed through Francisco Bustamante and Warren Kiamco and faced Van Boening in the final. Despite Pagulayan leading 4-1, Van Boening recovered to tie the score 5-5 before veteran Pagulayan won the next two games to claim the victory, 7 to 5.

The Billiards Congress of America Pool League owner Mark Griffin recognized his talent and decided in 2007 to sponsor him as he advances his professional career.

On October 20, 2007, he won the 2007 (32nd annual) US Open Nine-ball Championship, defeating Filipino Champion Ronnie Alcano in the finals, 13–10. Van Boening remained undefeated in the double-elimination format of the championship, held in Chesapeake, Virginia.

At the Reno Open Nine-ball Championship, held on December 9, 2007, Van Boening and Johnny Archer were in the double-elimination finals. Archer was up to that point undefeated, and Van Boening had to beat Archer twice; Van Boening won the first set, and 83 minutes later, claimed the championship.

As a capstone to his record year, for 2007 he was declared the male Player of the Year by all three of the major pool publications, Billiards Digest, Pool & Billiard Magazine, and InsidePOOL Magazine (in each case with Allison Fisher as his female co-recipient of the honor), and also ranked #11 in the P&B “Fans’ Top 20 Favorite Players” poll for that year.

This article uses material from the Wikipedia article “Shane van Boening”, which is released under the Creative Commons Attribution-Share-Alike License 3.0.