Lackner and Scharbach book the tickets to New York 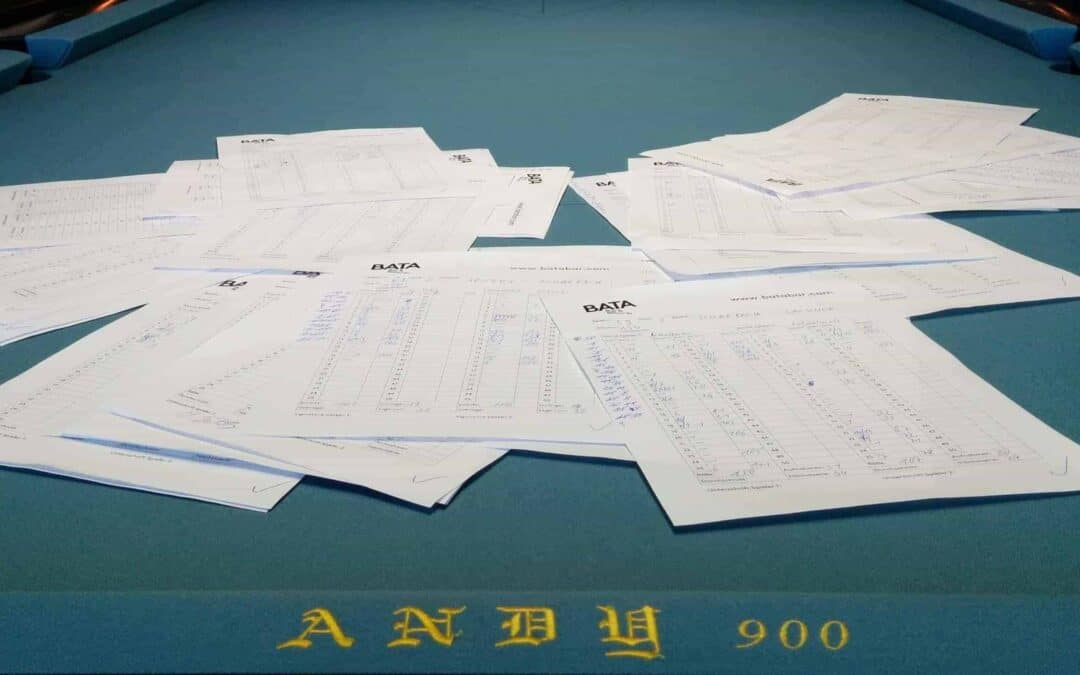 We didn’t think about it too long when we got the chance to host the only european qualifier for the prestigious World Tournament of 14.1. And so it came that 18 of the top european players met last weekend to fight for two spots for New York and 800,- Euro  each for travel expenses. The qualifier was played with a double elimination format, races to 125.

On the first day, Andre Lackner and Frank Scharbach fought their way through the winner’s bracket and should clash on sunday to play for the first spot in New York. Scharbach won two very close matches, one against Tobias Bongers with 125:120 and the next one 125:119 against Sebastian Ludwig, where he trailed 60:119 and sealed the deal with a very nice 65 and out. Lackner crushed the competition on day one, none of his opponents got more than 50 points, some of them names like Dieter Johns and Jörn Kaplan. In the loser’s bracket, Manuel Ederer, Marco Spitzky, Tobias Bongers, Jörn Kaplan, Thomas Damm and Sebastian Ludwig survived day 1.

Spectators also saw some well-known players drop out early: Dieter Johns, Tobias Hoiß and Stefan Nölle had to pack their stuff after day 1.

Sunday was decision day for the remaining eight players. Andre Lackner and Frank Scharbach clashed in a race to 150 for the first spot in New York. The winner would be qualified, the loser would get another chance later in the tournament. One could tell that both players were aware of what they were playing for. Gone was the relaxed and confident play both showed on saturday. Both were struggeling to get a feel for the table, with Lackner getting a better start and leading somewhat like 100:50. But Frank Scharbach never gave up and almost tied the match. But finally, he made one or two mistakes to much while Berlin local Andre Lackner made some crucial high-pressure shots and won the match with 150:107.

Make sure to activate the english subtitles in the video!

In the loser’s bracket, Marco Spitzky dominated Ederer, Ludwig and Kaplan and deserved his shot for the ticket to NY. In the match for the second spot, he faced Frank Scharbach again. In a race to 150, we saw a fight between traditional and modern 14.1. Scharbach used his meticulous planning skills, carefully splitting clusters and superb pattern play, while Spitzky favored the powerfull smash-and-runout style of modern straight pool players. Unfortunately, he was a little too dynamic, ran out of position a couple of times and made more mistakes than he could afford against Scharbach. Scharbach played the tournament high-run of 73 on these tight Diamond tables and sealed the deal with a clear 150:101 win. So finally, Andre Lackner and Frank Scharbach will be taking part in the 74th World Tournament of 14.1 in New York, from Aug. 4-9 at Steinway Cafe & Billiards in Queens.